What is meant here is that which is left in a container after someone/something has drunk from it.

The fundamental rule concerning leftover water is that it’s pure until proven otherwise. The following are examples of leftover water:

1-Leftover water from a human being:

It is reported “that the Prophet ﷺ used to drink from what A’ishah (may Allah be pleased with her) had drunk while she was menstruating, and he used to put his mouth on the place where she drank from.”[ narrated by Muslim.] 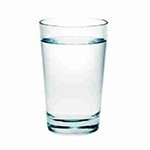 2-Leftover water from a cat:

The Prophet ﷺ said of the cat that drank from a container: “It (the cat) is not impure. It is merely one of your companions who frequently wanders amongst you.” [ narrated by At-Tirmidhi.] 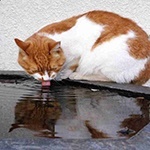 Leftover water of a cat

3-Leftover water from animals whose consumption is permissible, as well as mules, donkeys, carnivores, hunting birds and their likes.

It is pure. This is because the basis of all things is purity when there is no evidence proving otherwise. It is well known that the Prophet ﷺ used to ride donkeys as did others during his time. This proves that donkeys are not impure. 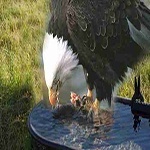 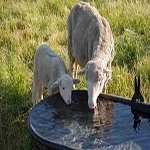 Leftover water of animals whose consumption is permissible 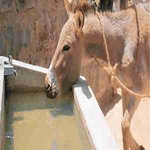 1-Leftover water from a dog:

The Prophet ﷺ said: “The purification of any of your containers in which a dog has licked is by washing it seven times, the first (of them) with soil.” [ agreed upon.] 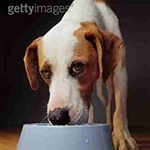 Leftover water from a dog

2-Leftover water from a pig:

Therefore that which comes from it would be filth also. 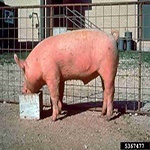 Leftover water from a pig

The Purity of the Human Being

The human being is pure, whether a muslim or disbeliever. If he or she is a muslim, their state is referred to in the Prophet’s ﷺ statement, “Indeed the believer does not become impure.” [ agreed upon.]

And in the case of the disbeliever, the Prophet ﷺ made wudu’ with the left over water of a disbelieving woman. As to Allah’s saying, “The mushrikun (polytheists) are najas,” it refers to the inner impurity from their disbelief in the Oneness of Allah and in associating others with Him in worship.

The Rulings of Relieving Oneself
Purification