Cleanliness and being free from dirt.

While in the context of Islamic Jurisprudence (Shari’ah),

It means the removal of impurities and dirt. 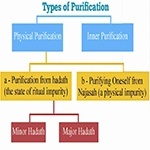 It is the purification of the heart from polytheism, sins etc. It is not possible to attain purification when the filth of polytheism lingers in the heart. As pointed out by Allah I:”O you who believe, verily, the mushrikun (polytheists, pagans, idolaters, disbelievers in oneness of Allah and in the message of Muhammad) are najas (impure). So let them not come near the Al-Masjid Al-Haram (the holy masjid in Makkah) after this year; and if you fear poverty, Allah I will enrich you, if He wills, out of His bounty. Surely, Allah is All-knowing, All-wise.” ( Tawbah:28)

And the Prophet ﷺ said: “Indeed the believer does not become impure.” [ agreed upon by Al-Bukhari and Muslim (This will be referred to as «agreed upon» in the remainder of the book).]

1-Purification from Hadath (the state of ritual impurity)

Hadath is that which, when produced from or befalls a body, prevents a Muslim from acts of worship for which purification is a requisite, e.g. As-Salah (prayer), circumambulation of the Ka’abah etc. There are two types of Hadath:

Minor Hadath.. It is that which makes ablution imperative, like urine, defecation, passing wind and all other nullifiers of al-wudu’ (ablution). These will be listed later on in the text. Purification from these is achieved by performing al-wudu’. Allah I says: “O you who believe! When you intend to offer Salah (daily prayer), wash your faces and your hands (forearms) up to the elbows, rub (by passing wet hands over) your heads, and wash your feet up to the ankles. ” (Maidah:6)

Major Hadath .. It is that which makes ghusl (a purificatory bath) imperative, e.g. sexual relations, menstruation etc. Purification from this state is achieved by ghusl. Allah says: “If you are in a state of janabah (i.e. after sexual relations), purify yourselves (by bathing your whole body).” (Maidah:6)

If it is impossible to purify oneself through wudu or ghusl, then one purifies himself through Tayammum (a dry form of purification using soil, to be discussed in a later section). 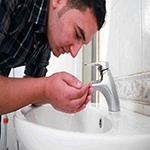 2-Purification from Najasah (a physical impurity)

Removal of any physical impurity is obligatory, as Allah says: “And purify your garments” (Mudathir: 4).

And the Prophet ﷺ said; “Most of the punishment in the grave is a result of the lack of cleaning (oneself from) urine” [ narrated by Ibn Majah.] and “When any of you comes to the masjid (mosque), he should be mindful of his sandals. If he sees filth or dirt on one (of them), he should wipe it (off) and then (he can) pray in them.” [ narrated by Abu Dawud.]

1-purification of the place of prayer

3-purification of the body 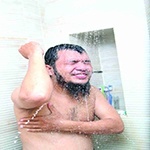 Purification of The Body 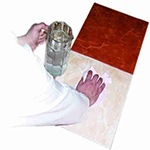 Purification of The Place of Prayer 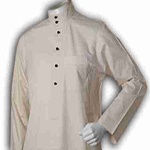 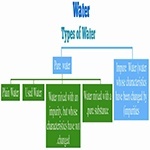 It is water which is pure within itself and can be used to purify other substances.

It is water whose characteristics are the same as when it was created, whether it falls from the sky, e.g. rain, snow, hail, etc., or flows on the ground, e.g. water from seas, rivers, rain, wells etc. Allah says: “And we send pure water from the sky.” (Furqan:48)

And He the Most High says, “He (Allah) sends down upon you from the sky water to purify you.” (Al-Anfal:11) The Messenger of Allah ﷺ used to say: “Oh Allah, purify me from my sins with snow, rain, and hail,”[ agreed upon.] and heﷺ also said concerning ocean water “It is pure and its carrion (dead animals) are lawful (to eat).” [ narrated by Abu Dawud.] 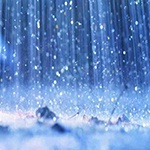 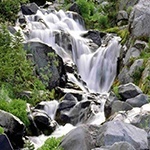 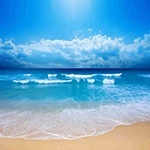 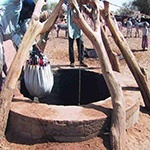 It is water which has fallen from the limbs of the one purifying himself. There is no problem with using it for purification. It has been established from the Prophet ﷺ, on the authority of Ibn ‘Abbas t who said “One of the wives of the Prophetﷺ took a ghusl (a bath for ritual purification) from a qisa’a[ a qisa’a is a large bowl.], then the Messenger of Allah ﷺ wanted to make wudu’ from it, so she said: ‘Oh Messenger of Allah, I was in a state of ritual impurity!’ He then said: ‘Water does not become impure.’” [ narrated by At-Tirmidhi.]

3-Water Mixed with a Pure Substance

The water which has been mixed with a pure substance like leaves of a tree, soil, or rust from a storage tank for example, is pure. This is as long as it has not been affected to a point where we can no longer call it water.

This sort of water may also be used for purification. This is shown in the hadith of the Prophet ﷺ where he mentioned to the women who prepared his daughter for burial, “Wash her three times, five times or more - if you see fit - with water and sidr. [ Sidr are grounded leaves from the lotus tree which are used when bathing for purification purposes.] Then use camphor in the last washing.” [ agreed upon.] 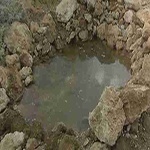 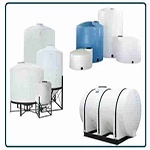 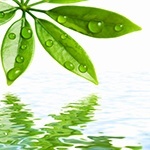 Water in which leaves are mixed

When water changes, and the change renders it such that it must be called something else like tea, juice, etc., then it may not be used for purification. 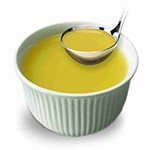 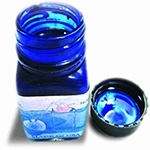 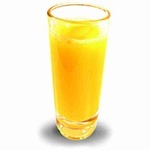 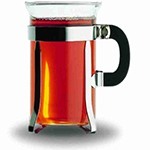 It is the water in which something impure (e.g. urine, dead animal/s) has fallen yet none of its characteristics: odor, color, or taste have changed.

This water is pure in accordance to what the Prophet ﷺ said regarding the well of Buda′ah: ”Indeed the water is pure, nothing renders it impure.” [ narrated by Ahmad and At-Tirmidhi.]

The reason for this statement was that people used to put impurities around the well and rainfall would wash it into the well. But the well water was so plentiful that the impurities didn’t have an effect on it and thus the well water remained unchanged.

It is water that impurities (urine, feces etc.) has changed one of its three characteristics: odor, color or taste. This water has then become impure and its usage is prohibited. A consensus has been reached on this by the scholars of Islam. 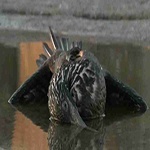 A dead animal which has changed the nature of the water. 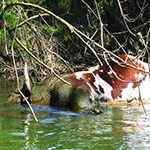 A dead animal which has not changed the nature of the water.

1-We assume water is pure; unless proven otherwise. Therefore if there is water whose purity/impurity is not certain, we assume it to be pure. Being overly concerned about its purity or impurity in such a case is discouraged.

2-It is permissible to perform ablution with Zamzam Water. This is shown by the report where the Prophet ﷺ called for a bucket of Zamzam water, and then drank and performed ablution from it.

How to perform Wudu (ablution)?