Anything that is prepared for purchase and selling with the intention of making a profit.

It is so named because it is not stable – it is displayed and thereafter it is removed, because in reality the trader is not interested in his merchandise just for the sake of it, but the profit to be realized from such merchandise. Commercial goods encompass all types of wealth, apart from currency e.g. cars, clothing, fabrics, steel, timber and others that are intended for sale. 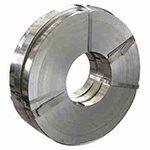 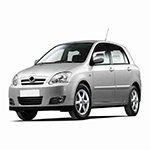 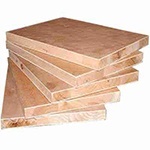 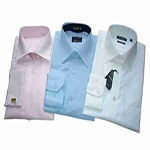 The Ruling of Zakah on Merchandise

It is compulsory due to Allah’s statement: “O you who believe spend of the good things which you have (legally) earned” (Al- Baqarah: 267).

The majority of scholars have declared that the motive of this verse is Zakah on commercial goods. Allah also said: : “Take Sadaqah (alms) from their wealth.” (At- Taubah: 103).

The money used in business is one of the most manifest wealth; it is therefore imperative to pay Zakah on it.

1- Its value must have attained the Nisab; and the Nisab is estimated from the value of gold or silver.

3- It should be for the sole purpose of business, i.e. to earn a living from it. The Messenger of Allah ﷺ said: “Actions are judged according to intentions.” [ Agreed Upon]

How Zakah on Merchandise is Paid

After a complete year has elapsed, the trader takes stock of the merchandise for sale and its cost, according to its current market price. Subsequently he pays Zakah from this - either from the goods directly or from its monetary value, as the need of the poor dictates.

How does a Trader Calculate Zakat on Commercial Goods?

1- He evaluates the merchandise with him according to its present worth.

2- He adds whatever currency he has to this, whether this is for business or otherwise.

3- He adds whatever money he has loaned and has been guaranteed of its settlement.

4- He subtracts from this sum the amount he owes.

5- He then pays Zakat on whatever is left and this is one-fourth of a tenth or 2.5%.

- Compulsory Zakah is (the value of commercial goods + currencies + expected/ guaranteed returns on monies loaned – the money which the trader owes) x payable Zakah of 2.5%.

- In order to calculate Zakah on trade, the assets upon which Zakah is payable are inventoried and estimated on the day their Zakah is due, by using the statement of the financial position

-  the budget - regardless of the presence of profit or loss in the profit and loss account.

- Materials used for packaging are not estimated alone if they were not bought for the sole intention of being sold individually. If, however, they were used to sell trade goods, then they should be estimated if they increase the value of those goods, such as special bags (packagings that are used to store the trade goods in etc). But if they do not increase the value, as for instance plain paper bags, then they are not included in the evaluation.

- The evaluation for each trader - whether a wholesaler or a retailer - is according to the price with which he can usually purchase the goods at the end of the Hawl (i.e. one Hijri year; 1 year Hijri = 354.5 days) i.e. the replacement value, which is different from the sale price (the market value), the historical cost (cost at the time of purchase) and the book value.[ Refer to: Recommendations and decisions of the Seventh Symposium on Contemporary Zakah Issues 1417 Hijri -1997 Gregorian]

- If prices change between the day Zakah is due and the day it is paid, the price considered shall be that of the day it is due, whether the price has increased or decreased.

- Zakat of transferred goods before taking possession of them is the responsibility of its owner. Ownership of the purchased goods is realized according to how or where they are received. These purchased goods which are on their way, if purchased, for example, on the basis of delivery at the port of the seller, it enters into the buyer’s ownership once it is delivered to the shipper. But if it was purchased on the basis of delivery in the port of the buyer, it enters into ownership upon reaching the port of arrival.

- If the traded money includes different currencies, such as gold or silver, it should be estimated to decide on the amount that must be paid in the currency in which the merchant trades to evaluate his trade goods according to the prices prevailing on the day the Zakah is due.

- The Zakah on trade goods that the buyer pays for in advance, but does not take immediate possession of, is not obligatory for the buyer before taking possession of them, but it is still due from the seller.

1- For raw materials – unprocessed commodities- intended to be included in the composition of the manufactured material, such as iron in the automotive industry, and oils in the manufacturing of soap, its Zakah is estimated according to its value by which it can be purchase at the end of the year. This also applies to animals and the like, and grains and plants intended to be manufactured.

2- For supplementary materials which are not included in the composition of the manufactured material - such as fuel in industries - no Zakah is due, as for fixed assets.

Existence of another reason for Zakah beside the trade goods ..

If another reason for Zakah exists with trade goods, such as plants, the Zakah paid on it is the same as that of trade goods.[ Qada’ya Fiqhiyyah Mu’asirah [Contemporary Matters of Islamic Jurisprudence] by Dr. Salaah As-Saawii, page 54 and onwards.]

Zakah is only payable on the circulating capital that is set aside for buying and selling with the intention of making a profit. As for fixed assets, these are not included in the calculations and Zakah is not paid on them. Examples of fixed assets are shelves and refrigerators in which goods are stored, vehicles for transport, equipments for lifting loads, etc.

Types of Monies Upon which Zakat is Not Obligatory

- Products of the sea, such as pearls, coral and fish, are not subject to Zakah unless they become trade goods.

- Goods intended for rent, such as real estate, cars and others, are not subject to Zakah. Zakah is due on the rent if it reaches the minimum Nisab and a Hawl has passed.

- Objects that are for personal use, such as one’s car and home, are also not subject to Zakah.

- What is important is for the property to attain the Nisab both at the beginning and end of the year; because of the hardship that is encountered in calculating it for each month of the year. So the start of a year is considered the time when the wealth attains the Nisab, while the end of the year is considered the time for payment. The easiest course for a Muslim to take is to fix a particular time, say Ramadan etc, in which he evaluates his properties and pays Zakah therein.

One of the equal portions of the entire capital stock of a corporation.

For example: A corporation whose capital is $3 000 000 divides its capital stock into 10 000 parts on opening. Each part, which costs $300 dollars, is known as a share, and the owner of this share is a partner in the company according to the amount of shares he possesses.

It is lawful, as long as the business of the company is not prohibited and the trading in such a manner does not lead to any dealing in usury whatsoever.

How Zakat on shares is paid?

- The company’s management pays it on their behalf if that was stipulated in its basic regulations, or the shareholder delegated the company to pay it.

- If the company pays the Zakah, the Fiqh Council affiliated to the Organization of the Islamic Conference adopts that Zakah is imposed on that company and it considers it a legal person, following the principle of joint ownership contained in the Sunnah pertaining to the Zakah of cattle, generalized by some scholars on all moneys. In other words, all the shareholders’ moneys are considered as the money of a single person and Zakah is thus imposed on them in terms of Nisab and the amount of Zakah and the like.

- The majority of scholars’ opinion is not to apply the principle of joint ownership in companies’ Zakah. Rather, the share of each partner is considered individually.

- It is worth mentioning that the second conference of the Islamic Research Academy took the opinion of the majority of scholars on this point, and did not agree with the principle of joint ownership, but considered each money individually; and therefore decided as follows:

- In companies that have many shares which are owned by a number of individuals, the application of such provisions are not applied to the total corporate profits, but each partner’s share is considered separately.

- If, however, the company’s administration does not pay out the Zakah, shareholders should then pay out there own Zakah, as follows:

1- Zakat of shares of agricultural companies is paid out the same as Zakah of crops and fruits.

2- Zakat of shares of commercial companies is paid out from both the original money and the profit. Shares are estimated according to their market value at the time Zakah is due.

3- Zakat of industrial companies shares are paid out on the net profit, but not on the equipment and buildings and the like:

4- If a shareholder sells his shares during the Hawl, he adds their price to his money and pays out the Zakah due on that money when a Hawl passes. As for the buyer, he pays out his Zakah upon the shares he bought as mentioned before.[ Qada’ya Fiqhiyyah Mu’asirah [Contemporary Matters of Islamic Jurisprudence] by Dr. Salaah As-Saawii, page 54 and onwards]

Other Types Of Zakat
Zakah

Zakat on products from the earth
Zakah