A sadaqah (alms) prescribed by the Messenger of Allah ﷺ upon concluding the fast of the month of Ramadan.

It is called Zakah al-Fitr because it becomes mandatory when Ramadan comes to an end.

The Ruling on Zakat Al-Fitr

Zakah al-Fitr is compulsory on every Muslim who owns one Sa’ of food more than he needs for himself and his family for the day and night of the Eid.

It is compulsory that the payer of Zakah al-Fitr pays this Zakah on behalf of himself, his wife, and everyone who is under his financial care. It is preferred to even pay it for the foetus in the womb of its mother.

Proof for its obligation is what was reported from Ibn ‘Umar (may Allah be pleased with him) that: “The Messenger of Allah ordained Zakah al-Fitr as a Sa’ of dates or a Sa’ of barely, on the slave and free man, male and female, and young and elderly Muslims, and he ordered it to be disbursed before people go out to the (Eid) prayer.” [Agreed upon] 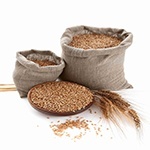 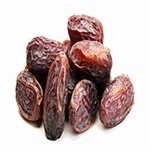 The Appropriate Time for the Payment of Zakat Al-Fitr

The best time to pay Zakah Al-Fitr is on the day of ‘Eid after dawn and before the ‘Eid prayers. It is permissible to advance it before ‘Eid by a day or two, as some companions did. However, delaying it until after the ‘Eid prayer is not permissible as indicated by Ibn Umar’s preceding hadith: “And he ordered it to be disbursed before people go out to pray” and in the hadith narrated by Ibn ‘Abbas: “Whosoever disburses it before (‘Eid) prayer, then it is an accepted Zakah, and whosoever disburses it after the prayer, then it is just like any other alms (and not Zakah al-Fitr).” [ Source: Abu Dawud]

A Sa’[ One sa: 2.40kg barley] is to be paid for every individual, and it has to be from man’s food e.g. rice, dates, wheat, in accordance with the hadith of Abu Sa’eed Al-Khudri (may Allah be pleased with him) who said: “We used to pay on the day of Fitr during the time of the Messenger of Allah a Sa’ of food” and he (Abu Sa’eed) said: “And our foods were barley, raisins, (cottage) cheese[ Aqit: dried, curled milk (cottage cheese) used in cooking] and dates.” [ Source: Al Bukhari]

It is also estimated as four handfuls of an average sized man. 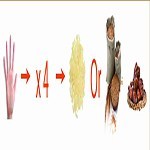 To Whom Zakat Al-Fitr is Given

akah al-Fitr is distributed to the eight categories that Zakah (on property) is given to, and these are mentioned in Allah the Most High’s Statement “As-Sadaqah is only for the fuqaraa (the poor)...” (At-Taubah: 60)

The Wisdom Behind Zakat Al-Fitr

This is because in most cases the fasting person is not free from vain actions, such as idle speech; so this sadaqah becomes an expiation for the person from the prohibited or detested speech he spoke which lessens the rewards of good deeds or may even violate the fast.

2- Generosity towards the poor and needy, and sparing them from begging on the day of ‘Eid, which entails humiliation and shame on a day that is meant for rejoicing and happiness; so that they join the rest of the community in celebrating the ‘Eid.

Zakat on products from the earth
Zakah