Definition of the two currencies

Gold and silver, and whatever can be used in their place e.g. currency notes that are in circulation today.

It is obligatory, due to the statement of Allah Almighty: “And those who hoard up gold and silver and spend them not in the way of Allah, announce unto them a painful torment.” (At-Taubah: 34).

The Prophet ﷺ said: “The owner of gold or silver who does not pay the poor their dues (Zakah), will have a bitter punishment on the day of resurrection. Plates of fire will be beaten out for him; these will then be heated in the fire of hell and his sides, forehead and back will be ironed with them. Whenever these cool down, the process will be repeated throughout a day whose extent will be fifty thousand years until judgment is pronounced among the servants, and he sees whether his path is to take him to Heaven or Hell.” [ Source: Muslim]

Conditions that Necessitate Paying Zakat on the Two Currencies

1- Nisab of gold is twenty Dinars or 85grams.

A dinar of gold equals four grams and a quarter, the Nisab of gold in grams will then be 4.25 x 20= 85grams of pure gold.

2- The Nisab of silver is two hundred dirham or 595 grams. 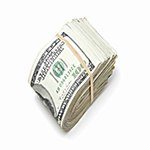 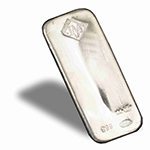 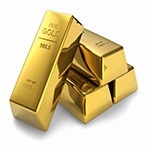 Measure of Zakat on the Two Currencies

The measure of Zakat obligatory on gold, silver and paper currencies is one-fourth of a tenth or 2.5%.

For every twenty dinar of gold, half of a dinar is paid as Zakah, any increment is calculated accordingly; no matter how small or big this is.

A man possesses $9 000 and a complete year lapses while it is still in his possession. Is Zakah obligatory on him?

Firstly; we calculate the Nisab of Zakah, by considering either gold or silver, in the following manner:

The Nisab is equal to eighty-five grams of pure gold

The Nisab is equal to 2550, therefore the man’s money has attained the Nisab and a year has lapsed on it. Zakah is then obligatory on him.

Secondly; we calculate the measure of Zakah he is obligated to pay, in the following way:

Therefore, it is obligatory on this man to pay $225 as Zakah from his money. 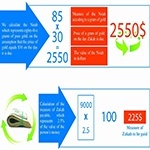 - When combining gold and silver together ..

If one owns gold and silver, but each does not reach the Nisab, the most correct opinion is that no Zakah should be paid on it. This is because the payment of Zakah on gold or silver cannot be combined to complete the Nisab. as each is seen as a separate entity. Furthermore, there is no evidence that indicates that one should add the one to the other in order to complete the Nisab. The Prophet, ﷺ said: “No Zakah is due on property mounting to less than five uqiyahs (of silver), and he who puts together gold and silver has enjoined Zakah on less than five silver uqiyahs.” [ Agreed Upon]

1- Ornaments of gold and silver

The first division: ornaments intended for storage and safe-keeping, or the ones considered for business. Zakah on these is obligatory.

The second division: ornaments intended for use, the safest view is to pay the Zakah of these ornaments to free the conscience of guilt. A woman came to the Prophet ﷺ in the company of her daughter and on the daughter’s hands were two heavy Masakats[ Two masakats: two bracelets (bangles)] made of gold. The Prophet ﷺ said to her: “Do you pay the Zakah on these?” She replied: “No” He said: “Will you be pleased if Allah makes for you (from them) bracelets of fire on the day of resurrection?” She removed them and threw them towards the Prophet ﷺ saying: “They are for Allah and His Messenger.” [ Source: Abu Dawud]

There are some scholars who do not view Zakat on ornaments (meant for use) as being compulsory, because such an ornament is not a property kept to increase wealth, but a personal belonging to be used and benefited from like clothing, furniture and utensils; it is part of the need of a lady for her beautification, and the basic rule is that the wealth should actually increase or have a tendency to increase before Zakat is payable on it.

The safest course of action however, is to pay Zakat on ornaments meant for permissible use and beautification, because this is the safest opinion as it frees the conscience from guilt. The Prophet ﷺ said: “Leave that which you are in doubt of for that which you doubt not.” [ Source: Al-Bukhari] 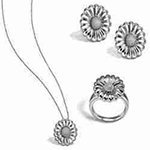 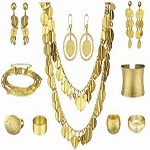 2- Ornaments other than gold and silver

Zakah is not obligatory on diamonds, rubies, pearls etc., no matter how much its value is, except for the ones considered for sale, as in this case they are to be treated as goods displayed for sale (merchandise). 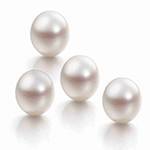 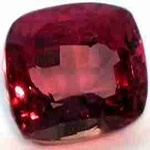 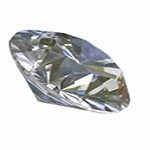