2- The Sa’y between as-Safa and al-Marwa:

as Allah, the Most High, said, “…and circumambulate the Ancient House.”

1- Assuming Ihram from the Meeqat:

The Prophet ﷺ, after mentioning the Mawaqeet, said: ”Those Mawaqeet are for their residents and non residents who pass through them with the intention of making Hajj or ‘Umrah.” [ Source: Bukhari.]

2- Shaving or trimming the hair:

The Supererogatory Acts of ‘Umrah

Any other act, apart from the pillars and obligatory acts, is a supererogatory act (sunnah), for example:

- Bathing and perfuming before assuming Ihram.

- Wearing a wrapper (garment) and cover cloth which are white.

- Saying the Talbiyah until one sees the House and reaches the Black Stone.

- Observing al-Idh’tiba’ during the Tawaaf, and this is done by passing the cover cloth under the right armpit and placing the ends of the cloth on one’s left shoulder.

1- Whosoever omits a pillar of ‘Umrah has not completed his religious duty until he performs the omitted act.

3- Whosoever omits a supererogatory act of ‘Umrah is free of any obligation and his ‘Umrah is still valid. 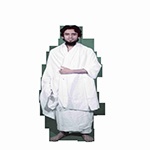 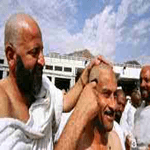 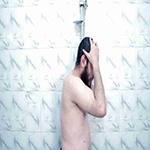 Description of Hajj and Umrah
Hajj