Animals that are slaughtered on the days of slaughtering (10th, 11th, 12th and 13th of Dhul-Hijjah) as a means of getting closer to Allah

Ruling of the Sacrificial Animals

It is an emphatic Sunnah, due to Allah’s statement: “Then pray to your Lord and sacrifice (to Him only)” (al-Kawthar: 2).

The hadeeth of Anas  also mentions that the Prophet ﷺ sacrificed two rams that were Amlah[ Al-Amlah : Black and white, with white dominating.], and Aqran[ Al-Aqran: Horned.]; he slaughtered both with his hands, saying, “Bismillah and Allahu Akbar”, while placing his leg on their necks (Sifaa uhumaa)[ Sifaa uhumaa: Plural of Safah which means side of the neck.]. [ Source: At-Tirmidhi.]

The Time for Slaughtering the Sacrificial Animals

1- A single sheep/goat is enough for one individual, and he can include whoever he wishes in sharing the reward thereof, because the Messenger of Allah ﷺ said when he wanted to slaughter his offering: “Bismillah, Allahuma taqabbal Min Muhammadin wa Ali Muhammadin wa min Ummati Muhammadin,” meaning: In the name of Allah. O Allah, accept from Muhammad, the household of Muhammad and the nation of Muhammad.” [ Agreed upon.]

The Satisfactory Age for the Sacrificial Animals

-  Al jadha’ from among sheep: that which is six months old.

-  Ath-thaniyy from among goats: that which is a year old.

-  Ath-thaniyy from among cows: that which is two years old.

-  Ath-thaniyy from among camels: that which is five years old.

Deformities in the Sacrificial Animals

- Al-‘Awraa: that which has lost one eye, or is totally blind

- Al-‘Ajfaa: that which is emaciated and skinny, and has not much flesh. 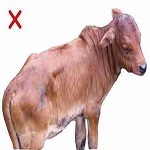 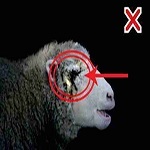 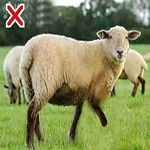 - Al-Batraa’: that which is tailless.

- Al-Jammaa’: that which is naturally hornless .

- Other deformities: An animal that has a cleft or a notch in its ear, or a crack on its horn.

The above statements on eligibility and deformities of animals for sacrifice are also applicable to Fidyah and Had-y. 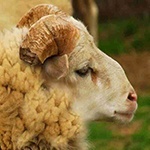 A break in the horn 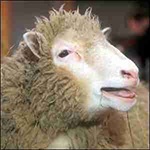 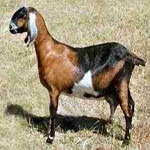 Distribution of the Sacrificial Animals

It is legislated that the owner of the animal eats a third, gives a third as a gift, and gives the remaining third as sadaqah; if he gives all as sadaqah, it is permissible; as is the case if he eats most of it.

Whosoever wants to sacrifice on ‘Eid day (Udhiyyah) should refrain from cutting any of his hair, nails or skin when the month of Dhul-Hijjah has set in, until he slaughters the animal. This is due to the hadeeth of Ummu Salamah (may Allah be pleased with her) that the Prophet said: “When the first ten days (of Dhul-Hijjah) set in and any of you wishes to make sacrifice, he should not touch of his hair or skin at all.” [ Source: Muslim.] However, for those on whose behalf the offering is to be made e.g. the wife, children etc, they are not forbidden to cut anything from these.