It is an obligatory payment to be paid by the pilgrim on Hajj or ‘Umrah as a result of omitting an obligation or committing a prohibited act.

Firstly: Fidyah for omitting an obligation

Whoever omits an obligation of Hajj or ‘Umrah, like the one who does not spend the night at Muzdalifah, or the one who fails to shave his hair etc., a Fidyah (ransom) becomes binding on him and it is paid by blood.

What is meant by blood is one-seventh of a Badanah (i.e. camel or she-camel), or one-seventh of a cow, or a thaneey goat[ A thaneey goat: A one year-old goat.], or a jadha’ sheep[ A Jadha’ sheep: that is six months old or above.], which is slaughtered in the sacred precincts of Makkah and distributed among its poor.

If he cannot afford this, he should fast for ten days: three days during Hajj-if possible-and seven when he returns home. Allah says: “But whoever cannot afford it should observe Saum (fast) three days during the Hajj and seven days after his return, making ten days in all. This is for him whose family is not present at Al-Masjid al-Haram (i.e. non-resident of Makkah). And fear Allah much and know that Allah is severe in punishment.” (Al-Baqara: 196)

1- Fidyah for putting on a fitted garment, covering the head, using perfume, shaving the head and clipping the nails.

For this, he can choose one of the following three.

a. Fast for three days

b. Feed six needy people, giving each of them half a Sa’ of rice, or the like.

Evidence for this is in Allah’s statement: “And do not shave your heads until the Had-y reaches the place of sacrifice. And whosoever of you is ill or has an ailment in his scalp (necessitating shaving), he must pay a Fidyah (ransom) of either observing fast or giving sadaqah or offering a sacrifice.” (Al-Baqarah: 196)

Whosoever intentionally does one of the five forbidden deeds mentioned above or a need arose that warranted his doing any of them and he did it, as in the case of the Ka’ab bin ‘Ujrah t when he was in a state of Ihram, he must pay fidyah and this is called Fidyatul-adhaa. Whosoever does any of the forbidden deeds forgetfully has not earned any sin. 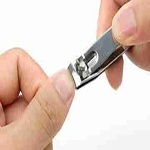 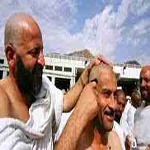 Shaving or trimming the hair 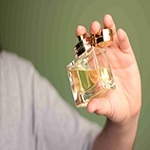 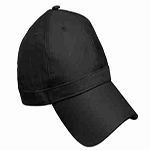 Covering the head with a close fitting object 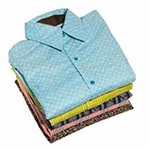 Among the rulings concerning Had-y

It is permissible for the pilgrim to delegate someone to slaughter his Had-y for either Tamattu’ or Qiran on his behalf, provided that such a person is trustworthy. However, the best is for a pilgrim to do this himself in accordance with the practice of the Prophet ﷺ. Had-y does not replace or stand for Udhiyyah (the sacrificial animal slaughtered on the ‘Eid Day), because Had-y is for Tamattu’ while Udh-hiyah is an act of Sunnah for both pilgrims and non-pilgrims.

It is the same as the Fidyatul adhaa mentioned above.

It is paid by slaughtering a Badanah[ Badanah: A camel.]. If he cannot afford it, he is to fast for three days in Hajj and seven after returning home. His Hajj is nullified, however it is still compulsory for him to complete it, and also perform another the following year.

4- Fidyah for sexual intercourse during ‘Umrah

This is paid by slaughtering a sheep. His ‘Umrah then becomes invalid and he must perform it again.

5- Fidyah for killing a game.

If there is an animal similar to the game he killed, then he has a choice of slaughtering and giving this animal away, or buying food equal to the value of the animal and then dividing the food into Mudds, giving each needy person two Mudds, or he can fast one day for every two Mudds. And the meaning of similarity concerning the game is that the animal and the game he killed have some characteristics in common.

It does not mean that they should be exactly alike, because this is impossible to obtain.

Example of this: if he killed an ostrich, he should pay by slaughtering a camel, because the two animals are similar, or he estimates the value of the game and buys food for this amount in the form of rice or barley etc., and the food should be distributed to the needy at the rate of two Mudds per every needy person.

If there is no animal or livestock which is similar to the game e.g. a locust or sparrow, then he chooses between buying its value in food to be given to the needy, or fasting a day for every two Mudds. Those who will evaluate the value of the killed game should be two honest experts in that field.

It is not permissible to arrange a marriage during Hajj and ‘Umrah, but no fedya should be paid if that is done.

The animals driven to the Haram (at Makkah) for sacrifice, whether as a means of getting closer to Allah, or since it is obligatory as the haajj is performing either Hajj tamattu’ or Qiran, or for the reason of Ihsar (obstruction or prevention from completing Hajj or ‘Umrah or both of them when they are performed together.) 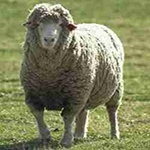 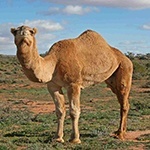 It is compulsory for the pilgrim observing Tamattu’ or Qiran Hajj to offer a Had-y, and this is either a sheep, one-seventh of a camel, or one-seventh of a cow. If he cannot afford it, then he fasts for ten days: three in Hajj and seven when he returns home. This obligation is in fact for those that are non-residents of Makkah. If he is a resident then neither a Had-y nor fasting is compulsory on him. Allah said: ”… and whosoever performs the ‘Umrah in the month of Hajj, before performing the Hajj, he must slaughter a Had-y such as he can afford, but if he cannot afford it, he should fast three days during the Hajj and seven days after his return, making ten days in all. This is for him whose family is not present at the Haram Mosque (i.e. non-resident of Makkah)” (al-Baqarah: 196).

This is offered by the pilgrim on Hajju-Ifrad (Hajj alone) or ‘Umrah voluntarily; or what is offered by a pilgrim on Hajjut-Tamattu’ and Hajjul-Qiran in addition to the obligatory one; or that which one who is not performing the pilgrimage sends to Makkah as an offering to be slaughtered as a means of getting closer to Allah. The Prophet ﷺ sacrificed a hundred badana (camels for sacrifice.) [ Source: Al-Bukhari.]

Voluntary Had-y and that of Tamattu’ and al-Qiran: It is permissible for its owner to eat from it; rather it is recommended to eat of the voluntary Had-y as was practiced by the Prophet ﷺ, as he ﷺ ordered a piece from every camel (which he had slaughtered) to be cooked, and he drank from its broth.” [ Source: At-Tirmidhi.]

Al-Ihsar is an obstruction or prevention from completing Hajj or ‘Umrah, or both of them when they are performed together. Whosoever assumes Ihram for Hajj or ‘Umrah and was prevented by an enemy from entering the House (Ka’bah), or was afflicted by a condition that made him unable to enter the House, he must slaughter the offering in the place he was hindered, and then become disengaged from his Ihram. Allah says: “But if you are prevented (from completing them), sacrifice a Had-y animal.” (al-Baqarah: 196).

The place where the Had-y is sacrificed

The period for slaughtering the Had-y

Its period starts after the ‘Eid prayer and continues until sunset on the last day of Tashreeq, i.e. the thirteenth day.

Its period is whenever the obstruction takes place .