Al-Hajj in the context of Shari‘ah

It is a religious ritual that entails traveling to the city of Makkah at a stipulated time, to observe specific rites.

The ruling of Hajj and its virtues

Hajj is one of the pillars of Islam which Allah, the Most High, has prescribed for His servants. Allah said: “And Hajj (pilgrimage to Makkah) is a duty that mankind owes to Allah, those who can afford its expenses; and whoever disbelieves (i.e. denies Hajj), then Allah stands not in need of any of the ‘Alameen(mankind and jinn)”(Al ‘Imran: 97).

The Prophet ﷺ said: “Islam is built on five pillars; bearing witness that there is no deity worthy of worship except Allah, and that Muhammad is his servant and Messenger, observing Salat, paying Zakat, pilgrimage to the House (Hajj), and fasting (Saum) in the month of Ramadan.” [ Agreed upon.]

The Messenger of Allah also said; “Whoever goes on pilgrimage to Makkah and did not engage in rafath[ Ar-Rafath: illicit talk.], and fusuq[ Al-Fusuq: Sin.], will have his past sins forgiven.” [ At-Tirmidhi.]

To perform Hajj is obligatory once in a lifetime.

Hajj is not prescribed for a disbeliever, and it is not accepted from him.

It is not prescribed for the insane due to the Prophet’s ﷺ statement: “The pen has been raised (i.e no sins will be recorded) for three people: the sleeping person until he wakes, a child until maturity, a mentally deranged person until consciousness is regained.” [ Abu Dawud.]

It is not obligatory on minors (children), but if they enter into ihram for Hajj, then their Hajj will be valid. However, this does not suffice for the proper Hajj (when the child attains maturity) i.e. the Hajj (of a young child) is supererogatory as evidenced by the hadeeth of Ibn ‘Abbas t as he stated that a lady went to the Messenger of Allah ﷺ with a child raised up and said, “Can he perform Hajj” and the Prophet said: “Yes, and you will be rewarded.” [ Muslim.] 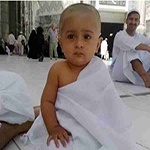 It is permissible for a child to assume Ihram for Hajj.

Hajj is not obligatory upon a slave; the Prophet ﷺ said: “Any slave who observed Hajj before his freedom must perform another after his freedom.” [ Al-Bayhaqi.]

It is the possession of provisions[ Az-Zaad: Basic necessities, such as food, drink and clothing.] and a means of transportation,[ Ar-Rahilah: Means of transport, e.g. a car, plane or ship.] as Allah the Most High said: “And Hajj is a duty that mankind owes Allah, those who can afford the expenses...” (Al ‘Imran; 97)

6- Presence of a Mahram[ Al-Mahram: An unmarriable relative of a woman e.g. the father, brother, uncle, etc.] with a woman

Due to the hadeeth of Ibn ‘Abbas t: I heard the Prophet ﷺ say while delivering a sermon: “A woman must not travel except with a male unmarriable relative.” Upon that a man stood and said: “Indeed, my wife has gone out on pilgrimage and I have been enlisted to fight in such and such a battle.” The Prophet ﷺ replied: “Go and perform Hajj with your wife.” [ Agreed upon.]

Hajj on behalf of another

A person who cannot perform Hajj or ‘Umrah as a result of old age, permanent illness, or some weakness in his body due to which he cannot make the journey, should have somebody perform Hajj and ‘Umrah on his behalf, and this is valid for him even if he regains his health after his representative had already entered into the state of Ihram for Hajj or ‘Umrah. On the authority of al-Fadl Ibn ‘Abbas t: A woman from al-Khath’am said, “O Messenger of Allah, the obligation from Allah to perform Hajj came upon my father while he is very old and incapable of riding a camel.” The Prophet ﷺ said: “Perform Hajj on his behalf.” [ Source: At-Tirmidhi.]

There are numerous conditions stipulated for the person performing Hajj on behalf of another:

1- He must have met the aforementioned conditions of Hajj.

2- He must have first performed Hajj for himself. When a person performs Hajj on behalf of another, but has not performed it for himself, such a Hajj on behalf of another person is not valid; thus the Hajj he performed for the other person then becomes for him, and it is considered as a valid Hajj for him in Islam. Evidence for this is what was confirmed on the authority of Ibn ‘Abbas t: The Prophet ﷺ heard a man saying; “Labbayka on behalf of Shubruma,” the Prophet ﷺ asked: “Who is Shubruma?” He replied: “A brother or a relative of mine.” The Prophet then asked: “Have you performed Hajj for yourself?” He replied: “No.” So the Prophet ﷺ said: “Perform Hajj for yourself, then perform (Hajj) on behalf of Shubruma.” [ Source: Abu Dawud.] 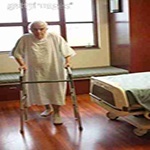 A man incapable of Hajj

’Umrah in the context of Shari‘ah

It means to visit the revered House at any time to observe specific religious rites.

The ruling about ‘Umrah and its virtues

To perform ‘Umrah is obligatory once in a lifetime, just like Hajj. The Prophet ﷺ said; “Islam is for you to bear witness that there is no deity worthy of our worship except Allah and that Muhammad is the Messenger of Allah, to observe Salat, pay Zakat, perform Hajj and ‘Umrah, take the ritual bath after it is due, perfect the ablution, and fast during the month of Ramadan (Saum).” [ Agreed upon.]

Furthermore the Messenger of Allah ﷺ said; “One ‘Umrah to another ‘Umrah is an expiation for what occurs between them (i.e. sins); and Hajj Mabrur (an accepted pilgrimage) does not have a reward other than paradise.” [ Agreed upon.]


Tags: definition of hajj and umrah

The Pillars of Hajj, its obligatory aspects, and supererogatory acts
Hajj