Makkah: Historic Past and Present

A name derived from the semitic word Bakk which means valley.

Moreover, the name Makkah has been used as Bakkah in the statement of Allah, the Most High: “Verily, the first house of worship appointed for mankind was that of Bakkah (Makkah), full of blessing and guidance for the ‘Alameen (mankind and the jinn).” (al ‘Imran: 96)

The history of Makkah can be traced back to the nineteenth century B.C. during the time of our leaders, Ibraheem and Isma’eel (peace and blessings of Allah be upon them), as they were the first to inhabit the place. Allah, the Most High, reporting Ibraheem’s speech, said: “Our Lord! I have made some of my offspring to dwell in an uncultivable valley by your Sacred House (the Ka’bah at Makkah) in order- Our Lord!- that they may perform as-Salat; so fill some hearts among men with love towards them, and provide them with fruits so that they may give thanks.” (Ibraheem: 37).

As a result of Ibraheem’s prayer (peace be upon him), Zam-zam (blessed water) gushed from below Isma’eel’s feet when the food and water supplies with his mother, Hajar, had become completey depleted. Since then, different tribes began to arrive at the location of the water and life began flowing into Makkah.

The tribes began to increase in number as they arrived one after the other, and eventually, the management of the state of affairs of Makkah became that of the Quraish. The clan of Quraish assumed authority of Makkah until the emergence of the Prophet ﷺ who exerted the greatest influence in changing the lifestyle of the venerated Makkah and the entire world.

Muhammad, son of Abdullah, ﷺ was commissioned as a prophet while in Makkah and the Ka’bah became the Qiblah (direction of prayer) for the Muslims, while Makkah became the cradle of Islamic da’wah (inviting to Islam), but its people were the ones who deterred others, the most, from this da’wah, and the ones who were the most severe in punishing anyone who adopted it until the Muslims were forced to migrate to Madinah, where an Islamic State was formed. Thereafter, the Prophet ﷺ returned to conquer Makkah and ever since, it has become a major, Islamic state until this day. The revered Makkah- the sacred precinct specifically- has enjoyed a high degree of attention from the Caliphs and Muslim rulers: developing and expanding it, so making it a centre from where the light of Islam is emitted to the whole world.

1-It is indeed safe for anyone who enters it.

2-The anti-christ (Al-Masih al-Dajjal) and the plague will not enter it.

On the authority of Abu Hurairah t, the Prophet ﷺ said: “Al-Madinah and Makkah are surrounded by angels, each path leading to it having an angel (guarding it); neither the anti-christ nor plague will enter it.” [ Source: Ahmad.]

3-A Salat in Masjid al-Haram is worth a hundred thousand Salat.

On the authority of Jabir t, the Prophet ﷺ said: “A Salat in the Haram Mosque is more rewarding than a hundred thousand Salat in another Mosque.” [ Source: Ibn Majah.]

4-It is indeed the most beloved place to Allah.

1-Severe punishment for whoever intends evil in the sacred precincts, whether he performs it or not.

Allah, the Most High, said: “And whoever inclines to Ilhad (evil actions) therein or to do wrong, we shall cause him to taste a painful torment.” (Al-Hajj: 25).

The word Ilhad in the verse above refers to every act of disobedience towards Allah. On the authority of Ibn ‘Abbas t, the Prophet ﷺ said: “The most disliked person in the sight of Allah are three” and he mentioned among them “A Mulhid (evildoer) in the sacred precincts.” [ Source: Bukhari.] 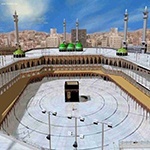 2-Prohibition of killing or blood-spilling therein.

Allah the Most High said: “And when we made the House (the Ka’bah at Makkah) a place of resort for mankind and place for safety.” (al-Baqarah: 125).

Whosoever enters Makkah will find safety therein; that is why the Prophet ﷺ said: “It is not permissible for any of you to carry a weapon while in Makkah” [ Source: Muslim.]

The Prophet ﷺ also said: “It was Allah who made Makkah a sacred precinct, and not the people; it is not permissible for whoever believes in Allah and the day of resurrection to spill blood in it and to fell[ Ya’did : to fell.] a tree in it.” [ Source : Bukhari.] 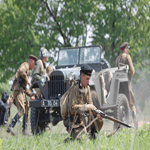 3-Prohibition of the disbelievers and polytheists from entering the sacred precinct (Haram).

Allah, the Most High, said: “O you who believe! Verily, the polytheists are impure. So let them not come near al-Masjid-al-Haram (at Makkah) after this year.” (At-Taubah:28).

And the Prophet had already ordered, while in Mina, for an announcement to be made that: “After this year, no polytheist should come for pilgrimage nor should anybody perform circumambulation of the Ka’bah naked.” [ Source : Bukhari.]

4-Prohibition of hunting, cutting of trees and picking up lost objects while in the sacred precinct.

On the authority of Ibn ‘Abbas t, the Prophet ﷺ said: “Allah made Makkah a sacred precinct, for it was never permitted for anyone before me and neither is it going to be permitted for anyone after me. It has only been permitted for me for an hour of a day. None of its green plants are to be cut[ Yukhtala khalaha: to cut its viable plant.], nor its trees be felled[ Ya’did: to fell], nor its game be startled and no lost object[ Al-Laqtah: a lost object which is found, but whose owner is unknown.] is to be picked up by someone, except who wishes to notify the public (of the lost and found object).” [ Source: Bukhari]

Its visible features distinguishing Hajj as a form of worship

Arafat: singular, Arafah. It was so named either because of Adam and Hawa’s (Eve) meeting and knowing one another there or because men confess their sins there. It is a landmark outside the boundaries of al-Haram and lies south-east of the Masjid al-Haram by 22km. Its total area is 10.4km squared. The pilgrims gather in it on the 9th day of the month of Dhul-Hijjah.

N’amirah is a mountain west of the Mosque, and the Mosque of N’amirah (Masjidu N’amirah) is named after it. The Prophet ﷺ had once stopped over at the valley of Uranah where he delivered a sermon and prayed.

The mosque was later built, in the beginning of the ‘‘Abbasid Caliphate”, on the point where he had given the sermon and prayed in the valley of Uranah. Its expansion and construction were completed during the Saudi era during which its area became more than 110,000 square metres. The pilgrims gather here on the 9th day of the month of Dhul-Hijjah.

It is at Arafat, at the foot of the Mount Rahmah, on the right side of one who is climbing up it, and there are large rocks on it. The Messenger of Allah stayed there on the night of Arafah, and pilgrims gather there on the 9th day of the month of Dhul-Hijjah.

It is a small mountain that is made up of a big boulder. It lies about a distance of 20 km east of Makkah. It has a level and wide top covering 640 meters and pilgrims gather on it on the 9th day of the month of Dhul-Hijjah. 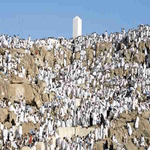 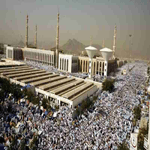 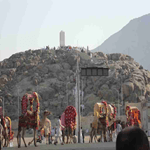 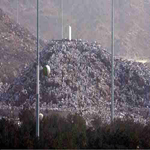 It was named Mina as a result of the blood which was spilled there. It lies between Makkah and Muzdalifah at a distance of 7km north-east of the Masjid al-Haram. The pilgrims pass their nights there on 11th and 12th of Dhul-Hijjah for those who hasten to leave, and on the 13th night for those who tarry. It is a landmark within the boundaries of the Haram and it is here that the Masjid al-Khaif and the three Jamarat are located.

Al-Jamarat is the plural of jamrah, which means a small pebble. The three Jamarat of the Hajj rites in Mina are: al-Jamratus-Sughra, al-Wusta and al-Aqabah. These are stony pillars in the middle of three basins as a sign of the place where Shaytaan appeared and was stoned by Prophet Ibraheem (peace be upon him). The distance between Jamratul-Aqabah and Wusta is about to 247m, and between al-Wustaa and as-Sughrah is close to 200m.

It is situated at the southern foot of Mount Mina, close to the Jamratus-Sughra. 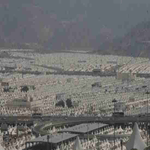 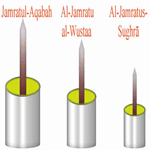 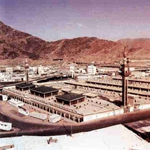 Muzdalifah is a place between Mina and Arafah. The pilgrims pass their night there after standing on ‘Arafah. The Mash’ar al-Haram lies in the middle of Muzdalifah, and this is a place where it is recommended for pilgrims to stay and supplicate to Allah the Most High, remembering and thanking Him. At this place the pilgrims pass their night after descending from Arafah after sunset on the 9th of Dhul-Hijjah 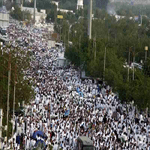 The venerated Ka’bah takes the shape of a cube.

It is the northern portion of the House (Ka’bah) and it is the portion which, due to scarcity of funds, the Quraish were unable to include as part of the House when they rebuilt it. They put a curved wall in its place to indicate that this portion is part of the House. The name, Hijr Isma’eel, is a name used by the people; it is not one given by the Shari‘ah.

It is located at the southern corner of the Ka’bah, on the left of the door of the Ka’bah. This stone is from Heaven. The black stone has cracked through time and nothing remains of it except eight very small stones, the size of dates.

It is the south west corner of the Ka’bah and it is named the Yemen corner because it faces the direction of Yemen. One of the characteristics of the Yemen corner is that it stands on the initial foundations of the House as built by Prophets Ibraheem and Isma’eel (peace and blessings of Allah be upon them both).

It is the portion between the black stone and the door of the Ka’bah and measures close to two meters. It is a place where prayers are answered and it is Sunnah to supplicate there while touching it with the cheeks, chest, arms and hands. 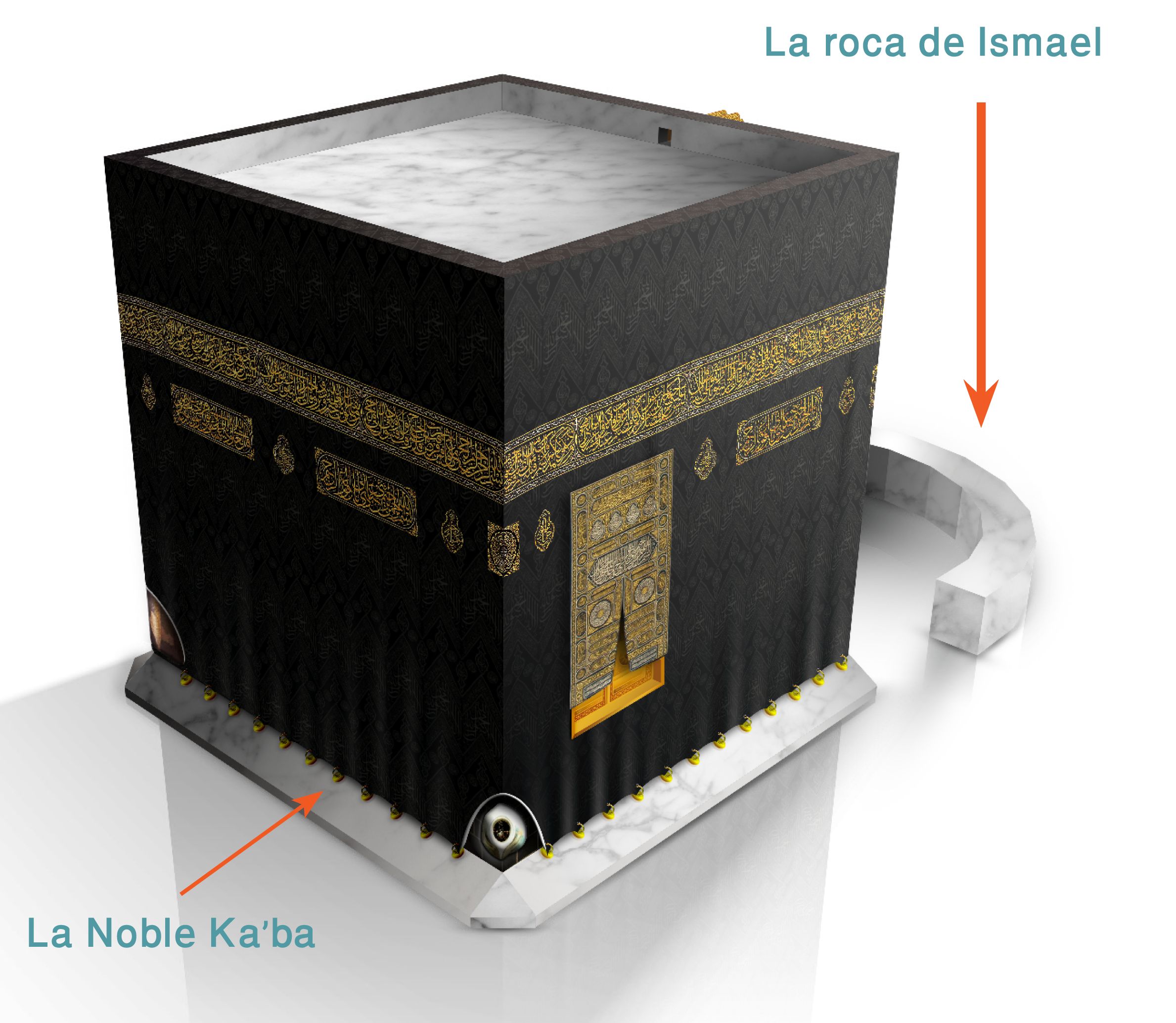 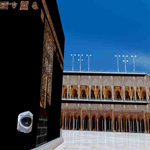 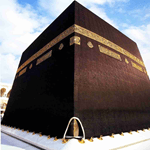 Rites of Hajj and Talbiyah
Hajj

The Pillars of Hajj, its obligatory aspects, and supererogatory acts
Hajj