The boundary between two things.

Al-Meeqat in the context of the Shari‘ah

Something defined and scheduled-whether in place or time-by the Lawgiver (Allah or His Messenger) for the purpose of worship.

Places that the Lawgiver has designated as points for entering into the state of Ihram.

It is therefore not permissible for the person who intends to perform Hajj or ‘Umrah to go beyond them except in the state of Ihram; and the Mawaqeet are five[ Al-Mawaqeet wa Ab’aduha– by Shaykh Abdullah Al-Bassam, Majma’ul Fiqhil al-Islamiy Journal, Issue 3 vol. 3, pg 1553.]:

It is presently at the southern part of Al Madinah and it is referred to also as Abyar Ali. Its distance from Makkah is close to 420km. It is the meeqat for the people of Madinah. 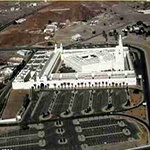 It is close to the city of Rabigh. Its distance from Makkah is close to 186km. It is the meeqat for the people of Sham, Egypt and Maghrib (Morocco). 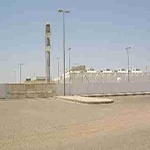 It is a big valley on the route linking Yemen to Makkah. Nowadays, it is called As-Sa’diyyah. Its distance from Makkah is close to 120km. It is the meeqat of the people of Yemen. 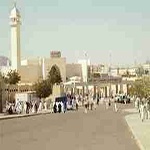 It is presently called Ad-Dareebah or Al-Khareebaat. It is on the east of Makkah at a distance of about 100km. It has now been abandoned. It is the meeqat of the people from the east (Iraq, Iran and beyond).

Dhatu ‘Irq is not mentioned in the above hadith, as it was prescribed by Umar ibn al-Khattab t. [ Bukhari.]

The period of Hajj and ‘Umrah

1- The specified period for Hajj:

the months of Hajj, and they are: Shawal, Dhul Qa’dah and the first ten days of Dhul Hijjah.

2-The specified period for ‘Umrah:

- Whoever goes beyond these mawaqeet without entering into the state of Ihram, he would then have to go back to the meeqat if possible. If he is not able to do that, he has to pay fedya (a ransom), which is slaughtering an animal in Makkah and distributing its meat among the poor at the Haram.

- Whoever resides at a place after the meeqat, nearer to Makkah, he has to enter into the state of Ihram for Hajj and ‘Umrah from the place he resides, such as the residents of Jeddah, Bahra and Ash-shara’i.

- Whoever comes from a road that does not pass by the mawaqeet, by land, sea or air, he should then enter into the state of Ihram when he reaches the place adjoining the nearest meeqat to him, for Omar said, when asked about not being able to reach the meeqat of Qarn: “Take as your meeqat the place adjoining (Qarn) on your usual route.

Description of Hajj and Umrah
Hajj