Definition of Excuses in Islam

The Excuses Recognized by the Shari’ah

1- Salat of the Sick

The sick person has to pray standing if he has the ability to do so. If he cannot pray standing, he can pray sitting, and if he cannot pray sitting, he should pray lying on his side with his face directed towards the Qiblah. If he cannot pray on his side, then on his back with his feet directed towards the Qiblah if this is possible, otherwise he can pray as his condition permits. Evidence of the above is the statement of Allah: “So keep your duty to Allah and fear Him as much as you can.” (At-taghabun: 16).

Some of the rulings concerning the Salat of a sick person

1- When a sick person observes Salat in a sitting position and he is capable of prostrating, then prostration is compulsory for him.

3- If performing ablution for each Salat becomes difficult for a sick person or observing the Salat at their prescribed period is unbearable, then he can observe Dhuhr and ‘Asr together, as well as Maghrib and Isha’, by combining both Salat in the time of the former or the latter, according to what is convenient for him.

4- The sick person is not excused from Salat as long as his senses remain in tact. Thus it is not proper for the sick person to take Salat lightly on account of his sickness. He should try as much as possible to observe his Salat. 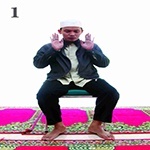 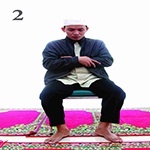 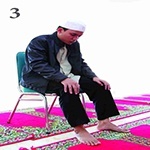 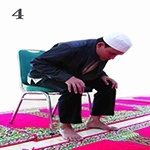 It is authorized for the traveler to shorten the four- rak’ah Salat (i.e. Dhur, ‘Asr and Isha’) to two- rakat. Also (permissible for him) is the joining of Dhuhr together with Asr, and Maghrib together with Isha’.

This is because Allah the Most High says: “And when you (Muslims) travel in the land, there is no sin on you if you shorten your As-Salat if you fear that the disbelievers may attack you, for verily the disbelievers are forever, unto you, open enemies.” (An-Nisa:101).

This is also confirmed by what was authentically reported on the authority of Anas bn Malik , who said: “We went with the Messenger of Allah ﷺ from Madinah to Makkah and he used to lead us in Salat, praying two rak’ahs, until we returned.” [ Source: Al-Bukhari.]

What is meant by traveling?

Any trip customarily regarded as a journey is a form of traveling where Salah can be shortened. 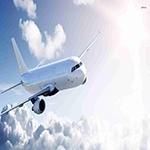 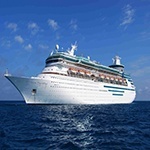 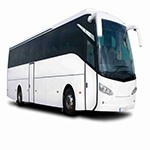 1- Shortening of Salat by a traveler begins after he has left the residential area of his town/city, but it is not permissible for him to shorten his Salat while still in his town/city. This is because it has not been reported from the Prophet ﷺ that he shortened his Salat except after his departure from his home town.

2- When a traveler arrives at a place and he intends to stay there for four days or more, then it is compulsory for him to pray the complete Salat, without shortening it. However, if he intends to stay for less than four days, it is permitted for him to shorten his Salat. Moreover, if he does not intend to stay for a specified length of time, but he intends to return as soon as he completes a particular transaction; in this case, the shortening of Salat is permissible until he returns (to his place of abode), even if he eventually stays for longer than four days.

3- It is compulsory for a traveler to pray the usual complete prayer, without shortening it, when he prays behind a resident imam, even if he only catches one rak’ah (of the Salat led by the imam) with the imam.

4- If a resident person prays behind a traveling Imam that shortens his Salat - it is compulsory on him to complete his Salat (without shortening it), after the imam’s Tasleem.

The Salat of a traveler in a bus

1- If it is a supererogatory Salat:

Generally, supererogatory Salat observed in any way, with or without an excuse not to pray it as it has been prescribed, is valid. This is due to an authentic narration that: The Messenger of Allah ﷺ used to observe supererogatory Salat on his rides (camel) in whichever direction it faced.[ Source: An-Nasaai.]

2- If it is an obligatory Salat:

The Salat is valid if the person is not able to dismount and pray on the ground, or will be unable to mount back on his ride due to dismounting, or he fears the harm of an enemy or due to other related reasons. This, however, may occur in several different forms, which include:

1- That he is capable of facing the direction of the Qiblah, and of bowing and prostration, as is the case if he is in a ship. It is then compulsory for him to observe the Salat in its usual form. This is because he is capable of doing so.

2-That he is capable of facing the direction of the Qiblah, but unable to bow or prostrate. It is then compulsory for him to face the Qiblah during the initiating Takbeer. Thereafter, he prays to any direction the bus faces, gesturing for both the bowing and prostration. 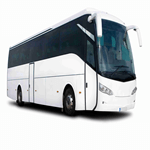 Salat al Khawf is permissible in every legitimate war at home (residence) or on a journey. Its permissibility is indicated in both the Qur’an and the Sunnah:

1- In the Qur’an, there is the statement of Allah: “When you (O Messenger Muhammad) ﷺ are among them, stand up (in Salat) with you taking their arms with them; when they finish their prostrations, let them take their positions in the rear and let the other party which have not yet prayed come up, and let them pray with you taking all precautions and bearing their arms.” (An-Nisai: 102)

2- Pertaining to the Sunnah is the action of the Messenger of Allah ﷺ where he observed it (Salat al Khawf) together with his companions, and the companions observed it after him.

The Description of the Prayer at the time of Fear

Fear does not affect the number of rak’ah to be offered. If it is to be observed while a person is not traveling, it is observed in its usual (complete) form; but it is shortened if on a journey. The only difference is its manner of observation. There have been narrated a number of various manners in which to perform it – all being permissible.

However, the fear that warrants this type of Salat is either of the following:

The First Condition: When the enemies are likely to attack

The Salat is observed according to any of the ways it was reported from the Prophet ﷺ, the most popular being that which was recorded in the Hadeeth of Sahl Ibn Abu Hathmah , thus: “The imam divides them into two groups. One group stays on guard to face the enemies, while the second group prays a rak’ah with him, and when the Imam stands to observe the second rak’ah, the second group makes the intention of continuing the prayer without him and so they complete their Salat on their own, finally making Tasleem. Thereafter, they replace the first group to guard and face the enemies. Subsequently the first group joins and prays the second rak’ah with the imam. When the imam sits to recite at- Tashahud, they stand to pray the second rak’ah themselves, while the imam waits for them until they sit to recite the last at-Tashahud. Thereafter, the imam leads them in the Tasleem.” [ Source: Al-Bukhari.]

That is how it should be performed when the Salat is being observed on a journey or when Fajr prayer is observed at home. However, when the Salat (other than Fajr) is observed at home or it is Salat al-Maghrib (when traveling or at home), he (the imam) prays with the first group two raka’at, after which they make the intention to continue their prayer without him. So they then complete the rest of their prayer on their own and say tasleem. Thereafter, they leave while the other group comes and the imam leads them in the remaining raka’at. When the imam sits to recite the last Tashahud, the second group continues the prayer without him and so they complete the remainder of their prayer themselves, while the imam waits for them until they sit to recite the last Tashahud. Thereafter he leads them in Tasleem.

The Second Condition: For the fear to be intense and they cannot observe Salat as prescribed

A person prays while walking or flying in a plane thereof, or riding in a tank, according to his condition, as is the case when a war is in progress and the battle is hot, as well as similar conditions that do not allow an opportunity to perform Salat as prescribed. Evidence for this is in Allah’s statement: “And if you fear (an enemy), then perform Salat on foot or riding...” (Al- Baqarah: 239) 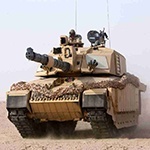 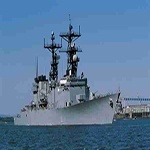 Praying on a Battle-Ship 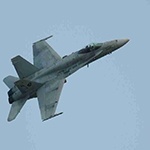 Praying in an Airplane

One of the most important distinctive features of Islamic jurisprudence are its leniency, easiness and how it eliminates difficulties, hence the general Shari’ah principle is “Hardship begets facility.”

Download : Salat of those with excuses recognized by the sharia - Salat - Book Illustrated Islamic Law for Acts of Worship