Salat al-Jumu’ah is an individual obligation for every Muslim male who is mature, sane and who has no excuse not to attend it. This is evidenced by:

1- Allah’s statement: “O you who believe (Muslims)! When the call is proclaimed for the Salah on Friday (Salatul-Jum’ah), proceed to the remembrance of Allah and leave trade. That is better for you if you did but know.” (Al-Jumu’ah: 9)

2- The Prophet’s ﷺ statement: “People should desist from failing to attend Salat al-Jumu’ah, otherwise Allah will seal their hearts, and they will be among the negligent.” [ Source: Muslim.]

Those upon whom Salatul-Jumu’ah is not Obligatory

Salat al-Jumu’ah is not obligatory on a female, the young ones, a traveler, and the sick who might encounter difficulty in attending Salat al-Jumu’ah. However, it is acceptable from them if they do observe it (Salat al-Jumu’ah). If they observe the Jumu’ah prayer, then that suffices for them, otherwise they observe Salatudh-Dhuhr. 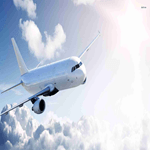 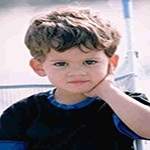 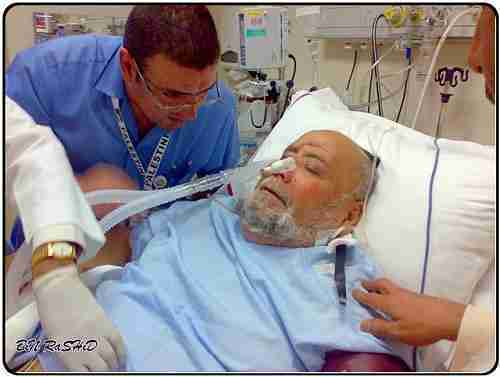 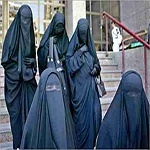 The Virtue of the Day of Jumu’ah

The day of Jumu’ah is the best day of the week. Allah has chosen this nation (the Muslims) to be guided to recognize its blessings, after other nations had failed to identify it. There are lots of ahadeeth relating to its merit. Among these are:

1- The Prophet’s ﷺ statement: “The best of days on which the sun rises is Jumu’ah; on it Adam was created, on it he was taken to Paradise, and on it he was removed from it (the Paradise).” [ Source: Muslim.]

2- On the authority of Abu Hurairah , the Prophet ﷺ said: “Whoever performs the spiritual bath, then attends Jumu’ah, then observes what has been willed for him (supererogatory Salat), after which he keeps quiet until the imam finishes his sermon, then prays with the imam, he will be forgiven all the sins between then and the previous Jumu’ah, and three additional days.” [ Source: Muslim.]

3- On the authority of Abu Hurairah, who said that the Messenger of Allah ﷺ said: “The five daily Salat, one Jumu’ah to the next, and one Ramadan to the next are expiators of sins committed in between them, when the great sins are avoided.” [ Source: Muslim.]

4- On the authority of Hudhyfah Ibn Al-Yaman who reported that the Prophet ﷺ said: “It was Friday from which Allah diverted those who were before us. For the Jews (the day set aside for prayer) was Sabt (Saturday), and for the Christians it was Sunday. And Allah turned towards us and guided us to Friday (as the day of prayer) for us. In fact, He (Allah) made Friday, Saturday and Sunday (as days of prayer). In this order would they (Jews and Christians) come after us on the Day of Resurrection. We are the last of (the Ummahs) among the people in this world and the first among the created to be judged on the Day of Resurrection.” [ Source: Muslim.]

6- The Prophet said: “Indeed from the best of your days is Al-Jumu’ah, therefore send many prayers upon me; for indeed your prayers are displayed to me.” They said: “How would our prayers be displayed to you when you have decayed?” He said: “Surely Allah has prohibited the earth from eating the bodies of the Prophets.” [ Source: Abu Dawud.]

The Conditions for the Validity of Jumu’ah

1- Its time: Thus it is not valid before its time, nor after its prescribed time has finished. Its time is like that of Dhuhr.

2- The presence of a group: Thus it may not be made alone. The least which is considered a group are three people.

3- That the ones praying be residents: As to the bedoiuns who live in tents, and nomads, it is valid for them to perform Jumu’ah; yet it is not obligatory on them.

4- That it be preceded by two sermons; since the Prophet ﷺ always did that.

Nomads, who live in tents 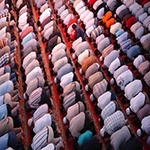 It is observed in congregation

The Description of Salat ul-Jumu’ah

On the authority of An-Nu’man Ibn Basheer that: “The Prophet ﷺ used to recite Al-‘Alaa and Al-Ghaashiyah in the two ‘Eid prayers and the Jumu’ah prayer. He then said that if ‘Eid and Jumu’ah fell on the same day, he would also read them in both (prayers).” [ Source: Muslim.]

They Ruling Of Two Sermons

The two sermons are obligatory and they are a precondition for the validity of (Salat al-Jumu’ah). They are delivered in Arabic if the majority of the audience can understand Arabic and are, generally, able to assimilate the meaning thereof. This is done in order to facilitate the learning of the Arabic language and in order not to deviate from the way of the Prophet ﷺ.

However, if the majority of those present cannot understand the Arabic language, then there is no harm if the sermons are delivered in any other language, since the essence of the sermons is to teach and guide, and not just to deliver a speech. The imam should refer to the verses of the Qur’an, which must be mentioned in Arabic – if possible – and then translated.

Desirable Elements of the Sermon

Jumu’ah sermons do not have any set pillars; whatever customarily qualifies to be a sermon will suffice. However, a well-balanced sermon should comprise the following:

2- The two testimonies (of Islamic monotheism)

3- Blessings on the Messenger of Allah ﷺ

4- Advice regarding piety towards Allah

5- Recitation from the Qur’an

Recommended Acts During the Two Sermons

1- Delivering the sermon on a pulpit (Minbar).

2- The preacher (imam) saying Salam to the people as he mounts the pulpit.

3- The imam taking a break between the two sermons by sitting for a short time.

2-It is discouraged to walk between seated people, except if the person is the imam or he walks to fill an empty space which he cannot get to except by walking between them.

It is important for a Muslim to be particular to arrive at the mosque on time on the day of Salat al-Jumu’ah, in fact it is preferred to arrive early. If he is late for Salat, but catches the imam when he is in the bowing position in the second raka’ah, he can then complete it as Jumu’ah. However, if he does not catch the second raka’ah, then he can only offer it as Dhur. This is also applicable to someone who misses Jumu’ah completely due to over-sleeping or other reasons; he is to observe it as Dhuhr prayer- i.e.he observes four raka’at.

Recommendations on the Day of Jumu’ah

3- Taking a ritual bath and using perfume. This is due to the Prophet’s statement ﷺ: “A man who performs the spiritual bath on the day of Jumu’ah, cleanses himself as best as he can, rubs oil on himself or perfumes his body, and then goes out (to the mosque) and does not separate two (men sitting together in the mosque), and finally observes what is written for him (supererogatory Salat) and keeps mute while the imam speaks (preaches), will have his sins between that Jumu’ah and the next forgiven.” [ Source: Al- Bukhari.]

1- It is Sunnah for the pulpit to have three steps, in semblance with the pulpit of the Messenger of Allah ﷺ. 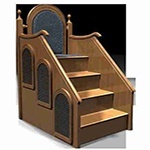 2- What is referred to as Suratul Jumu’ah is not part of the Sunnah; this is whereby the people sit before Jumu’ah to listen to someone reciting verses of the Qur’an for them until the Adhan for the Jumu’ah is called. Also reading rhymes and supplications in groups and through loud speakers is not a Sunnah either. There should also be only one Adhan, when the imam sits on the pulpit, as used to be the case during the life-time of the Prophet (peace be upon him) and the Caliphates of Abu Bakr and Omar (may Allah be pleased with them). This is because it is now easy to know when the prayer time has started, therefore there is no reason to say another Adhan, as Othman t used to do in the market place of Medina to inform the people that the time of the prayer had started.

3- When a person comes to the mosque and the imam is already delivering the sermon, he should observe two short raka’at before being seated. This is due to the saying by the Prophet ﷺ: “When any of you comes to the mosque on the day of Jumu’ah and the imam is preaching, he should observe two raka’at and must not be long in them.” [ Source: Ibn Khuzaymah.]

4- The imam supplicates pointing with his index finger and does not raise his hands when supplicating, except when seeking rain or asking for it to stop raining. It was reported on the authority of Husayn Ibn Abdur Rahman t,, who said: “I saw the Messenger of Allah ﷺ giving a sermon (on the Minbar) and supplicating like this,” – and he pointed with his index finger. [ Source: Ahmad.] 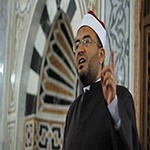 The imam pointing with his finger

5- There is no special supererogatory Salat before Jumu’ah, but it is recommended to observe general supererogatory Salat before the Adhan. The Prophet ﷺ said: “Whoever performs the spiritual bath, cleanses himself as much as he can, rubs oil on himself or uses perfume, and then goes out (to observe Jumu’ah prayer) and does not separate two (men sitting together in the mosque), then prays what has been written for him of supererogatory Salat and afterwards keeps quiet when the imam comes to deliver the sermon, he will have his sins forgiven – between that Jumu’ah and the next.” [ Source: Ad-Darimi.]

7- When the ‘Eid and Jumu’ah fall on the same day, it is better for one to observe both Salats. However, if he prays only the ‘Eid, he would definitely be required to observe Dhuhr. Thus, it is permissible for people residing in towns which are very far away from the central mosque not to return for Salat ul-Jumu’ah on that day. It was reported on the authority of Iy-yaas ibn Abi Ramlah Ash-shaami, who said: “I heard Mu’aawiyah ask Zaid bn Arqam: “Have you witnessed the meeting of the two ‘Eids (Jumu’ah and ‘Eid) on the same day during the time of the Prophet (peace be upon him)?” Zaid replied: “Yes. The Prophet observed ‘Eid in the early hours of the day and thereafter permitted people to not attend Jumu’ah, as he (peace be upon him) said, ‘Let anyone who wishes to attend the Jumu’ah prayer do so.’” [ Source: Ahmad.]

The Integrals of Salah, its Obligatory aspects, and Sunnahs
Salat

Pillars of salat and their rulings
Salat