How to pray effectively:

The Prophet ﷺ said: “Pray as you have seen me pray.” [ Source: Bukhari.]

It was reported on the authority of ‘A’ishah (may Allah be pleased with her) who said: “The Messenger of Allah used to begin the Salah by saying Allahu Akbar, and reciting Alhamdulillahi Rabbil’a’lameen. And he would, when making ruku’, neither raise his head nor lower it, but rather (maintain) a degree between the two. And he would, when rising up from ruku’, not prostrate until he had stood up completely. And he would, when rising up from prostration, not prostrate (again) until he had sat back completely. He would recite At-Tahiyyah at (the end of) every two rak’at. He would lay his left foot down while making the right foot upright (when in the sitting position). He used to prohibit the sitting posture of Shaytan, and a person outstretching their arms (on the ground) as a dog does when sitting. And he would end the prayer by saying As-Salaamu ‘Alaikum.” [ Source: Muslim.]

Facing the Qiblah and Saying Takbeeratul Ihram (the initiating takbeer)

- The one intending to perform Salat should stand facing the direction of the Qiblah, being fully aware that he is standing before Allah, The most High, and with utmost humility.

- He then makes the intention in his heart to offer prayer, but it is not permissible to say this intention out loud, because that is an innovation. He (the Prophet) (may the prayers and peace be upon him) has said that actions are by their intention, and there is but for each man that which he has intended.[ Source: Agreed upon.]

- Then he raises his hands to be level with his shoulders or ears, saying: “Allahu Akbar.” [ Source: Muslim.]

- Then he places his right hand over his left on his chest, holding the left hand with the right. [ Source: Ahmad.] 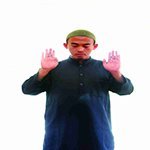 Commencement of the Prayer and the Recitation of Fatiha

meaning: Glorified be You Oh Allah, and Praises be to You, Blessed is Your Name. Exalted is Your Majesty, there is no God but You.

- Then he says after that: “A’udhu billahi minash-shaytanir-Rajeem” meaning: I seek refuge in Allah from Satan, the accursed, “Bismillahi-r-Rahmanir-Raheem” meaning: In the name of Allah, the Beneficent, the Merciful. All these are to be said as gentle whispers. [ Source: Muslim.] 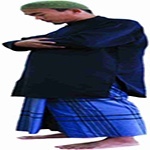 Bowing and Rising from it

The person praying raises his hands and says “Allahu Akbar”, then bows, spreading his fingers out on his knees as if he is grabbing them. He makes his back and head level, and then says: “Subhana Rabbiyal Adheem”

Thereafter, he rises and says (if he is the imam or is praying alone): “Sami’Allahu liman hamidah,” [ Source: At-Tirmidhi.]

meaning: Allah hears those who praise Him; and thereafter everybody (including the imam and ma′mum (those praying behind the imam) and also he who is praying alone) says: Rabbana wa lakal hamd. Mil′as-samaawati wa mil′al’rdhi wa mil′a maa shi’ta min shaiin ba’d.” [ Source: At-Tirmidhi.]

Meaning: Our Lord, and to you be the praise. The heavens and the earth and what lies between them is filled with Your praises, and whatever else You wish is filled (with your praises). It is recommended to place one’s hands on the chest, as one had done while standing before bowing. 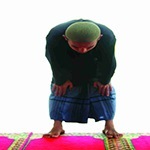 Prostrating and Rising up from it

The person observing the prayer says “Allahu Akbar” and falls into prostration, touching the ground first with his knees then the hands [ Source: Abu Dawud.] then his forehead and nose. He spreads his palms out flat on the ground besides his ears or shoulders. He places his fingers towards the Qiblah, lifting his arms up from the floor, his upper arm away from his sides [ Source: Al-Bukhari.] and his stomach away from his thighs. Following that he says: “Subhaana Rabbial A’la”

Meaning: glorified be my Lord, the Most High (three times). He should supplicate much when he is prostrating. [ Source: Muslim.]

He then raises his head saying; “Allahu Akbar”, without raising his hands, and sits by laying his left foot down (on the ground), but putting his right foot upright, with its toes facing the direction of the Qiblah. [ Source: Muslim.]

He places his hands out flat on his thighs with the fingers facing the Qiblah, and says: “Allahumma-ghfirli warhamni wajburni wahdini warzuqni,” [ Source: At-Tirmidhi.] meaning “Oh Allah, forgive me, have mercy upon me, enrich me, guide me and provide for me.”

Subsequently he says: “Allahu Akbar” and prostrates for the second time as he had done in the first prostration.

He then raises his head saying: “Allahu Akbar” and sits for a short time. This sitting is called Jilsatul istiraha’ (a sitting to rest) as evidenced by the hadeeth of Malik bn Huwairith , while describing the Prophet’s ﷺ manner of prayer, saying: “He does not rise until he sits a (short) while.” [ Source: Al-Bukhari.]

He then says “Allahu Akbar”, and rises to perform the second rak’ah, supporting himself with his hands. [ Source: Al-Bukhari.]

He prays the second rak’ah as he did the first, but does not read any of the opening invocations which are read at the start of the prayer 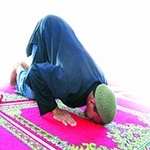 On finishing the first two raka’at, he sits to recite the first At-Tashahhud, laying his left foot on the ground and placing the right foot upright. He places his hands on his thighs, the left hand placed out flat, but as for the right hand, the little finger and the ring finger are clenched to his palm, with the middle finger and the thumb touching each other to form the shape of a circular ring, and the index finger raised. He points with the raised index finger while reciting the At-Tashahhud and also gazes at it, saying: Attahiyyatu lillahi was salawaatu, wattayyibaatu, assalaamu ‘alaika ayyuhan-nabiyyu wa rahmatullahi wa barakaatuhu, assalaamu ‘alaina wa ‘ala ‘ibadillahis saaliheen. Ash-hadu an la illaha illallahu wa ash-hadu anna Muhammadan ‘abduhu wa Rasoooluhu.” [ Source: Al-Bukhari.]

Meaning: “All salutations are due to Allah, and all prayers and good words (are due to Him). Peace be upon you, O’ Prophet, and the Mercy of Allah and His Blessings. Peace be upon us and the righteous servants of Allah. I bear witness that there is no deity worthy of worship but Allah, and I bear witness that Muhammad is His servant and Messenger.”

Then he rises – if it is more than a two raka’at prayer – saying “Allahu Akbar” and raising his hands as he does so. He does not recite anything in the remaining rak’ah(s) except Fatiha.

At the end of the prayer the person says Salam to the right saying: “As-salamu ‘alaikum wa rahmatullah.” [ Source: Muslim.] Following that he repeats it to his left . 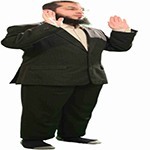 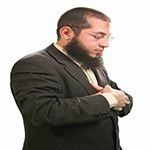 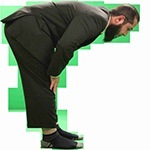 Bowing and Returning to a Standing Position 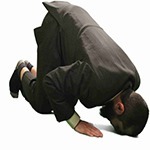 Prostration and Returning to a Sitting Position 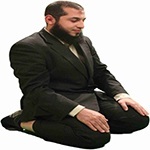 Sitting between the two Prostrations 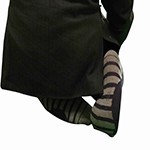 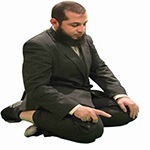 Sitting for the Final Tashahhud 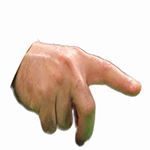 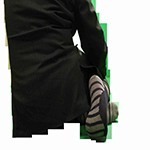 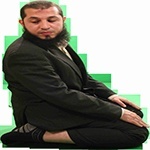 Some Athkar (words of remembrance and supplication) said after Salah

Meaning: I seek the forgiveness of Allah (to be said three times). O Allah, You are As-Salam (The One Who is free from all defects and deficiencies) and from You is all peace. Blessed are You, O Possessor of Majesty and Honour.

Meaning: There is no God but Allah alone. He has no partner. His is the Dominion and His is all the Praise, and He is capable of all things. Oh Allah, there is none who can prohibit what You have given, and none who can give what You have prohibited, and wealth can not avail any wealthy person against Your Will and Decisions.

Meaning: Glorified be Allah, and praises are due to Allah, and Allah is the greatest (thirty-three times). There is no God but Allah alone. He has no partner, His is the Dominion, and His is all the Praise and He is capable of all things.

Meaning: O Allah, help me to remember You, to give You thanks and to be Your good servant.

He also says: “Allahumma inni as′aluka ‘ilman nafian warizqan toyyiban wa ‘amalan mutaqaballan,” [ Source: Ibn Majah.] after saying tasleem in the fajr prayers. Meaning: O Allah, I ask You for knowledge that is of benefit, a good provision and (to be able to do) deeds that will be accepted.

A woman is like a man with regards to the manners of prayers, in every way.

Download : How to pray in Islam? - Salat - Book Illustrated Islamic Law for Acts of Worship