Firstly: Entrance of the prayer time in Islam( salat times)

For every compulsory prayer, there is a specific time before and after which the Salat would be invalid, except for necessities.

Allah (glorified be He) says: “Verily, as-Salat is enjoined upon the believers at fixed times.” (An-Nisa’: 103).

This means that it is compulsory at scheduled times.

It was reported on the authority of Abu Musa Al-Ash’ari , “A questioner came to the Messenger of Allah ﷺ asking him about the Salah and he did not respond. Following that he established the Fajr Salat at its very beginning; being so dark that people could not recognize one another. When Dhur time came he commanded and established it at the time when the sun was descending from its mid-point; in a manner that the onlooker would have said that it was the middle of the morning (but he was more knowledgeable than them). At ‘Asr time he commanded and performed ‘Asr and the sun was still raised in the sky. When Maghrib time came he did the same as the sun had fallen (below the horizon). ‘Isha was established at the time when the twilight had disappeared. Following this on the next day he delayed Fajr until the onlooker would say after leaving from the prayer: “The sun has risen! Or has almost (risen)!” He delayed Dhur until it became close to the time of ‘Asr prayer of the previous day and he delayed ‘Asr until when the one who had finished praying were to look and say that the sun has become red. He delayed Maghrib until it was at the time when the twilight dissipates. Finally he delayed ‘Isha until the first third of the night had passed. Following that the next morning he called the questioner and told him that the time was between those two.” In another narration “Then he prayed Maghrib before the twilight dissipated on the next day.” [ Source: Muslim.]

From the appearance of the true dawn - the whiteness (white light) that appears from the direction of the east - until when the sun rises.

From when the sun moves away from the meridian (post meridiem) until when the shadow of an object is up to its length, (i.e. this shadow is) after the first shadow cast by the sun before it changes direction away from the meridian. This is because every object casts its shadow towards the west and this diminishes continuously as the sun rises. Eventually the shadow seizes to diminish and thereafter starts to increase in length (elongate). The time when this elongation starts marks the midday (meridiem).

From the end of the time of Dhur prayer until when the shadow of an object doubles its height (length), (i.e. this shadow is) after the first shadow cast by the sun before it changes direction away from the meridian.

From the sunset until when the red glow disappears. The red glow is the red light which appears at the horizon during the course of the sun setting.

However, in this day and age the prayer times can be known easily through the use of prayer calendars. 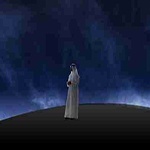 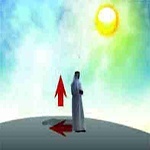 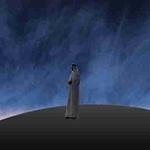 - Pray in tight clothes which outline ones private parts or the shape of the body (for women), in sheer, transparent clothes, with one’s nakedness exposed, or while draping the garment below the ankle (for men).

- Pray with clothes which have pictures on them, in a place which has pictures of animate life, or a carpet containing the likes.

- Pray in masajid which have graves in them due to the Prophet’s saying: “Woe, indeed those before you used to take the graves of their prophets and pious as masjids. So do not take graves as masajid, Indeed I prohibit you from this.”[ Source: Muslim.]

This is done by performing ablution. The Prophet ﷺ said: “Allah will not accept the prayer of anyone of you when he becomes impure until he performs ablution.” [ Source: Bukhari.] 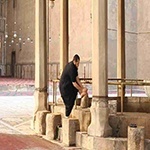 This is done by taking a ritual bath in accordance with the statement of Allah (Glorified be He): “If you are in a state of Janabah (i.e. after a sexual discharge), purify yourselves (bathe your whole body)” (Maidah : 6).

Whoever remembers that he is, or becomes impure, while performing Salat. His prayer is invalid; and it is incumbent on him to leave the Salah to purify himself, without any Taslim. This is because the prayer is invalidated and has not been completed, as Taslim only signifies the completion of Salat for somebody who is not in a state of Janabah. 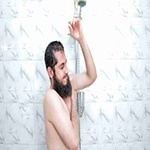 1- He who was able to observe one raka’ah before the time (for the specific prayer) elapsed, has caught the prayer. This is due to the saying of the Prophet ﷺ: “He who catches one rak’ah from a prayer, has caught that prayer.” [ Agreed upon.]

2- It is compulsory to pay back the missed prayer due to sleeping or forgetting quickly. This is according to another saying of the Prophet ﷺ that: “Whoever forgets a prayer should observe it whenever he remembers; there is no expiation for it except that.” [ Agreed upon.]

This is due to Allah’s saying: “And purify your garments.” (Al-Mudathir : 4). 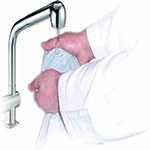 Purification of a cloth

2-Purification of the body:

This is due to what was authentically reported that the Prophet ﷺ when passing by two graves said: “ ...the two of them (inmates of the graves) are being punished, but they are not punished for a great sin. As for this, he did not clean[ He does not keep away or clean himself properly from urine.] himself properly from urine...” [ Source: Abu Dawud.]

This is due to the Hadeeth of the bedouin who urinated inside the mosque. The Prophet ﷺ said (regarding his urine): “Leave him (the bedouin), (but) pour a big bucket of water over his urine.” [ Source: Abu Dawud.] 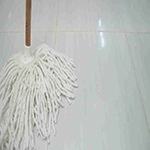 - Whoever prays while impurities are on him unknowingly or out of forgetting, his prayer is valid. It has been reported with authenticity that: The Prophet ﷺ prayed, and removed his shoes while in prayer. The people (behind him) also removed theirs. When he finished the prayer, he said: “Why did you remove your shoes? They said: “O Messenger of Allah, we saw you removing your shoes, and that was why we removed ours.” Upon that, the Prophet ﷺ said: “Verily, Jibril came to me and informed me that the two (shoes) had impurities on them. Thus whenever any of you comes to the Mosque, let him check his shoes, if he sees any impurity, let him rub it on the ground and thereafter pray in (both of) them.” [ Source: Bukhari and Muslim.]

- Whoever sees any impurity on one of his shoes while in Salah should remove them compulsorily and continues his prayer, counting upon that which he had previously prayed. This is in accordance with the above Hadeeth. However, if he is unable to remove it, his Salat becomes invalid.

The entire earth is (considered) as a mosque

The entire earth serves as a mosque where the Salat is valid. The Prophet ﷺ said: “And the earth is made as a mosque and cleanser for me; so whenever the time for Salah approaches any of my nation (followers), then he should pray.” [ Agreed upon.] 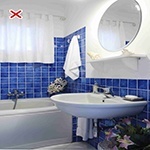 Prayer in the toilet 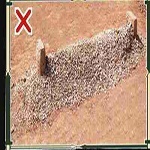 Prayer at the graveyard

Fourthly: Covering of the private parts

Man’s private parts: From the navel to the knee.

Woman’s private parts in Salat: All her body except the face and the two palms.

It is compulsory on the person praying to wear what will cover between his arm and neck.

The Prophet ﷺ said: “None of you should pray in a cloth without anything covering his shoulder.’’ [ Source: Bukhari and Muslim]

It is compulsory here, however, to adhere to some rulings:

1- It is compulsory for the person that prays inside the Holy Mosque to face the Ka’bah. However, for he who prays far from it, it is sufficient to just face its direction; since it may not be possible for him to locate the exact point of the Ka’bah. In view of this, the Prophet ﷺ said: “What is between the east and west is the Qiblah.’’ [ Source: At-Tirmidhi.] 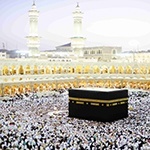 He who prays inside the Holy Mosque

He who prays far away from the Ka’bah

Download : Conditions of the Validity of Salat and Prayer times - Salat - Book Illustrated Islamic Law for Acts of Worship