These include all forms of optional fasts that are performed in order to be closer to Allah, the Exalted.

Supererogatory fasts comprise great virtues and magnificent rewards. In a Qudsi hadeeth reported by Abu Hurayrah, the Prophet ﷺ said: “Indeed every righteous deed by the son of Adam is rewarded from ten to seven hundred times, but Allah Almighty says: ‘Fasting is an exception. This is because it is for Me and I shall reward (the one who fasts) accordingly.’” [ Agreed upon.]

Days on which Supererogatory Fasting is Recommended

The Prophet ﷺsaid “Whosoever fasts the month of Ramadan and thereafter follows it up with six days of fasting in Shawwal, it will be recorded (altogether) for him as a complete year of fasting.” [ Source: Muslim.]

It is the same if he does it consecutively or spreads it over the entire month. 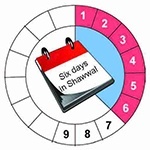 However, the most important of these days is the day of ‘Arafah, for those not performing the pilgrimage. The day of ‘Arafah is the ninth day of the twelfth month of the Islamic calendar. The Prophet ﷺ said: “As for fasting on the day of ‘Arafah, I expect Allah Almighty will reward that by forgiving the sins of a year gone and a coming year.” [ Source: Muslim.] 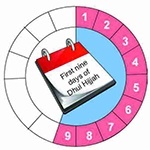 This is the tenth day of Muharram, the month of Allah Almighty.

This is because the Prophet said: “And as for fasting on the day of ‘Ashura, I expect that Allah Almighty shall forgive the sins of the year prior to it.” [ Source: Muslim.]

The reason for fasting on this day is in accordance with what was related from the authority of ‘Abdullah ibn ‘Abbas, who said: “When the Prophet ﷺ arrived at Madinah, he found the Jews fasting on ‘Ashura. Then he inquired why (do they fast on that day)? They answered, ‘This a good day, the day Allah Almighty saved the children of Israel from their enemy, and as such Prophet Musa (peace be upon him) fasted thereafter (on that day).’ Then the Prophet said: ‘I have more right to Musa than you.’ Then he fasted and ordered the Muslims to fast on that day.” [ Source: Bukhari.] In another narration by Imam Muslim, the Prophet said, “If I remain (alive) till the next year, I shall fast the ninth day.” [ Source: Muslim.]

4- The bright days in every month

These are the 13th, 14th and 15th days of every Islamic month. They are referred to as bright days because their nights are brightened by the light of the moon.

It is authenticated that Abd al-Malik ibn al-Minhal conveyed from his father that the Prophet ﷺ ordered them to fast the three “bright” days. He said, “It is [equivalent] to fasting the entire month.” [ Source: Ibn Habban.]

5- Fasting on Monday and Thursday of every week

7- Fasting in Muharram (the first month of the Islamic calendar).

On the authority of Abu Hurayrah, the Prophet ﷺ said: “The best form of fasting besides Ramadan is in the month of Allah, Al-Muharram.” [ Source: Muslim.]

“O Prophet of Allah! I have not seen you fast in any month as you do in Sha’ban.” The Prophet replied: “That is the month, between Rajab and Ramadan, about which many people are not conscious, and deeds are returned to the Lord of the worlds (during it). Thus I love that my deeds are returned to Allah Almighty while I am fasting.” [ Source: An-Nasaii.]

Regarding the prohibition contained in the Prophet’s ﷺ hadeeth, where he said: “When Sha’baan is half over, do not fast until Ramadan,” [ Source: Ibn Khuzaymah.] it either means that the prohibition is related to deliberately fasting only after the month is halfway over, or to joining Sha’baan with Ramadan. However, a person who continues fasting the second half of Sha’baan after fasting during the first part of the month and does not join that month with Ramadan in fasting, then there is nothing wrong with his fasting.

First: The days it is prohibited to fast on

1- It is impermissible to fast on the two days of Eid; Abu Hurayrah t narrated that the Messenger of Allah ﷺ forbade fasting on two days: Day of Adha and day of Fitr.

2- It is impermissible to fast the ayyamut- tashreeq, which are the three days after the day of Eidul-Adha [11th, 12th, and 13th of Dhu’l Hijjah]. The Messenger of Allah ﷺ said, “The days of tashreeq are days of eating and drinking,” [ Source: Muslim.]

but one performing Hajj may fast these days if he is doing qiraan or tamattu’ Hajj and cannot find a sacrificial animal, as is explained by the Qur’an in Ayah 196 of suratul Baqarah: “Then if you are in safety and whosoever performs the ‘Umrah in the months of Hajj, before (performing) the Hajj (i.e. Hajj-at-Tamattu’ and Al-Qiran), he must slaughter a Hady (animal, i.e. a sheep, a cow, or a camel, etc.) such as he can afford, but if he cannot afford it, he should observe Saum (fasts) for three days during the Hajj and seven days after his return (to his home), making ten days in all.”

3- It is impermissible to Fast on the yawmul- shak (day of doubt), which is the day that one doubts whether it is the last of Sha’ban or the first of Ramadhan, when there is cloud or fog that prevents the sighting of the crescent. Ammar, t said: “Whoever fasts the day of doubt has disobeyed Abul Qasim (Muhammad, ﷺ).” [ Source: Tirmidhi.]

1- It is makrooh (disliked) to single out Rajab for fasting, because this was a practice of Jahiliyyah (pre-Islamic time of ignorance) for they used to venerate that month and by fasting it, it would be a revival of their practices.

2- It is makrooh to single out Friday for fasting, for the Prophet forbade us to do so. Abu Hurayrah t narrated that the Messenger of Allah ﷺ said: “No one of you should fast on Friday, unless he fasts (a day) before it or after.” [ Source: Muslim.] If this, however, agrees with something he usually does, then it is not makrooh.

3- Wisal, which is fasting uninterruptedly day after day without a break in between, is makrooh. The Prophet forbade wisal as Abdullah bin Omar t said that the Messenger of Allah ﷺ forbade Wisal. They (some of the Companions) said: “But you fast uninterruptedly,” whereupon he said: “I am not like you. I am fed and supplied drink (by Allah).” [ Agreed upon.]

Fasting is effective in the treatment of some skin diseases. This is because it reduces the percentage of water in the blood and thus the proportion available to the skin. This therefore improves the immunity of the body against some microorganisms and some common diseases which are caused due to the presence of these germs in the body.

1- For worship, a Muslim must adhere to the laws of Allah. He must not fast on the days which are forbidden or innovate a fast that was not performed by the Prophet ﷺ, such as fasting on the twenty-seventh of Rajab or the middle of Sha’ban. The Prophet ﷺ said: “Whoever innovates something in this matter of ours (Islam) that is not part of it, will have it rejected.” [ Source : Muslim.]

2- Muslims should avoid venerating the rites of the infidels. They, therefore, must not show devotion to that which the infidels venerate with acts of worship, such as fasting or otherwise.

The Pillars, the Permissible, Recommended and Abominable Acts of Fasting as well as its invalidators

Fasting (sawm): Its Rulings and Merits

Laylatul Qadr (the night of Qadr) in Ramadan